7 Steps to the Video of Your Dreams. 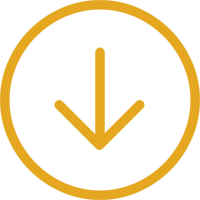 We discuss initial ideas, including any you may have at this stage. We’ll discuss various creative approaches and treatments; all with the goal of developing an approach that ensures the video connects with your audience and meets all of your communication objectives.

Together with you, we determine a budget for the project. While it’s true that more things are possible as the budget increases, a limited budget doesn’t necessarily mean compromising quality. We have the experience and skills needed to achieve the best quality possible for any given budget.

Our creative director and producer draft and submit a plan to you that includes a statement of communication objectives, a creative treatment and outline, a production schedule, a formalized budget, and a list of resources required. This gives our team and your team a clear road map to follow.

Our scriptwriter drafts and submits a script. This is the roadmap, the assembly instructions, for the project. It details the locations, shots, images, on-screen text, computer graphics & effects, spoken word, music, and sound effects. The script goes through a number of drafts until it is finally approved by you. Once the script is approved, the final stages of pre-production begin. The producer-director organizes the production logistics: locations, casting, crew and talent resources, clearances, schedules. A production assistant may help with this task, depending on the project. Additional production assets such as stock footage, animation, and graphics are pre-sourced.

The producer-director and the camera crew shoot the footage, using the script and pre-production work as a guide. Shooting can be done at one or more locations, or in a studio, and may involve the use of actors or other on-camera talent. In some cases, you may be present during shooting, if circumstances allow or require it. Some projects may use existing footage and other assets, in which case the production phase is skipped.

The producer-director reviews the footage and selects shots for editing. Voice-over and additional audio is recorded as indicated by the script. Any remaining assets are gathered – existing footage, stills, graphics, music, and so on. The editor then assembles all the assets and edits the first cut under the guidance of the producer-director. You review this first edit, either in our edit suite directly, or view a preview copy delivered to you online. After receiving your feedback on any changes, the final cut is then edited, the audio is mixed, and the video is given its final treatment. The completed video is then prepared for distribution; on disc, on the web, or by any other desired medium.

See it to believe it

Drop us a line

We’d be happy to answer any questions regarding your next video!